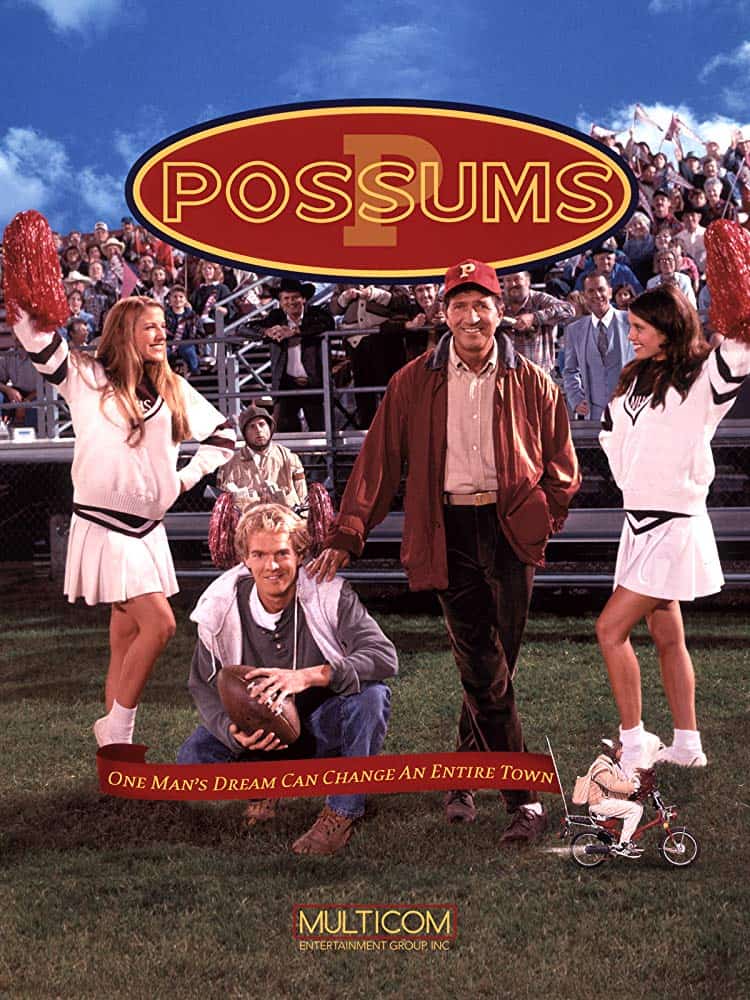 Who knew a colossally low budget movie like Possums would turn out to be such a huge hit—a sleeper hit that would still be talked about by football fans and re-watched over and again two decades later?

A far cry from the boring, mundane, and overdone movie many might have expected, Possums turned out to be a rare gem of a sport film, whose story revolves around the Nowata high school football team named the Possums and one of the team’s most devoted fans, Mac Davis, who also serves as the school’s radio voice.

There’s more to this movie than the pedestrian high school drama you’d expect for a movie of its caliber. First, it’s the standard generation conflict between a son and his gawky middle aged parents. Then there’s the corrupt mayor and a covetous developer all adding up to the meaty part of the story. Not to mention the love story between the new boy and the sweet cute girl he’s harboring an oneitis for. 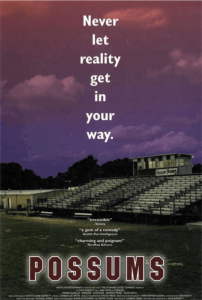 As a hero in the movie, Davis has to reinvent the reality when the school decides to do away with the school’s beloved football team, the Possums. This happens following a arduous, protracted losing streak. He does this by buying up studio time that he intends to use to broadcast a series of fantasy games, featuring his Alma mater’s football team, the Possums, as the winning team.

His lopsided broadcasts are all in favor of the Possums, a new name he coined up for his alma mater’s football team. His plan pans out. The Possum crew soon becomes one of the most known and liked team in town, even though they have no track record in real life to back them up.

Opposing teams are riled up by all this, particularly the state champions Prattville. They decide to challenge the Possum man and his imaginary team.

The most interesting part of the movie is the story. The twists it takes and the tension it grows as one nears the end. You can actually feel your heart warming up and emotions pumping up as Davis’ character gradually builds up.

Watch this movie in your down times, and you’ll gradually start feeling your mood lightening up. Not only is the movie sweet and fun, it’s also very satisfying and believable when you watch. Just the kind of movie you’d want to watch with your family and expect everyone to have liked it by the time it ends.

The plot takes a not so interesting turn towards the end. Of course everyone expects the Possums to win in the end. But then again that would have been so predictable, if NOT come off as a little bit exaggerating.

That said, suffice it to say the movie is all about offering hope where there seems to be none left.

I thoroughly enjoyed this film and am happy to recommend it as wholesome family viewing. 4 starts out of 5. If you liked this review don’t forget to check out my other recent movie review of A Bug’s Life here.